What Is Amazon Warehousing & Distribution (AWD) And How Does It Work? 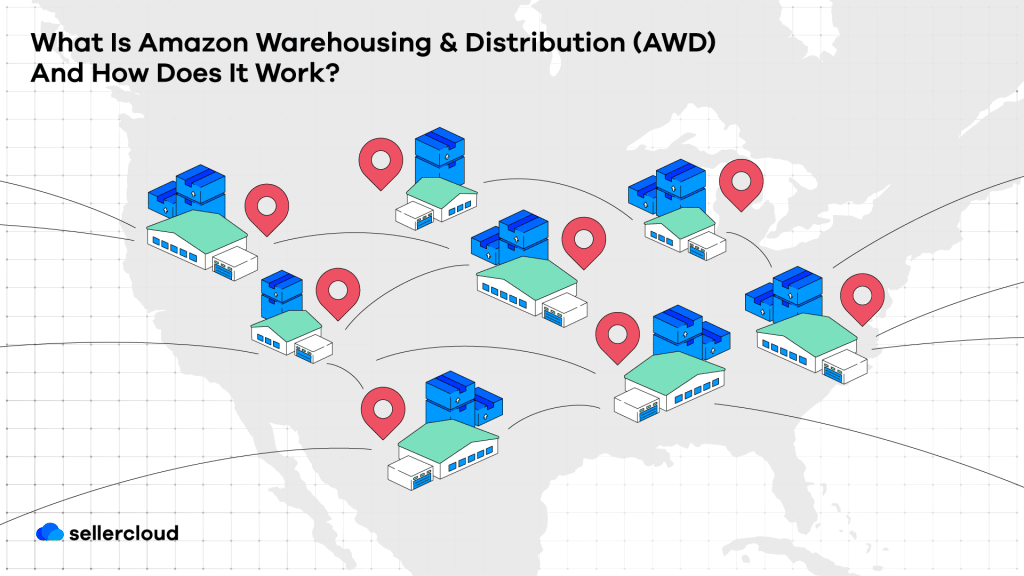 Amazon Warehousing & Distribution (AWD) is Amazon’s third-party logistics (3PL) solution designed to help sellers avoid running out of both inventory and storage space. AWD offers a series of beneficial features that aim to support ecommerce growth for sellers on Amazon and other online sales channels.

Unlike Amazon’s existing 3PL offerings‒Fulfillment by Amazon (FBA) and Multi-Channel Fulfillment (MCF)‒AWD integrates upstream inventory ordering and storage. This gives sellers the ability to further automate their logistics workflows to help eliminate the costly out-of-stocks and backorders that can derail a successful omnichannel ecommerce business.

AWD also allows for global inventory consolidation. This means that sellers can streamline their inventory into a single pool that can be sent through Amazon’s global fulfillment network to retail customers, wholesale customers, ecommerce channels, and brick-and-mortar retailers.

How is AWD different from FBA?

While AWD and FBA are both 3PL offerings from Amazon, AWD’s unique value comes from the additional benefits offered to sellers beyond what is available through FBA.

When a SKU’s inventory begins to run low, Amazon initiates an inbound FBA order with sellers’ designated provider(s). AWD leverages Amazon’s global logistics network to bring those goods to the appropriate distribution and fulfillment centers. From there, the inventory is available for use in fulfilling orders.

As a result, AWD’s “supply chain as a service” model shifts sellers’ upstream inventory management responsibilities to Amazon and, in addition, helps ensure that sellers always have inventory on hand for selling on Amazon Marketplace or across their other ecommerce and brick-and-mortar channels.

For some sellers, FBA may remain a better choice than AWD. Many ecommerce businesses already have warehousing workflows in place to deal with supply chain orders, FBA replenishment, and inventory distribution. For what it’s worth, many sellers have even outgrown the need for 3PL entirely.

That said, for ecommerce businesses that are overwhelmed by keeping up with FBA replenishments, upstream supply chain management, and/or complying with FBA storage limits, AWD represents a viable option worth considering.

What Does AWD Cost?

One of the other major differences between FBA and AWD is the pricing model. This may be the single most influential factor for ecommerce businesses trying to decide whether to jump onboard with AWD or not.

There are three types of fees associated with Amazon Warehousing & Distribution:

Amazon is touting this transparent pricing model as a major selling point for the AWD service. The pay-as-you-go model combined with the absence of additional, hidden fees should be attractive to sellers—especially those who are used to fluctuating inventory and supply chain quantities that result in additional costs from other 3PL options.
Still, AWD isn’t the only option for supply chain and warehouse management. In fact, managing your own warehouse is easier than you think. Sellercloud makes it simple and affordable to create and optimize your own internal inventory workflows across every channel where you sell. Contact us today for a free demo. 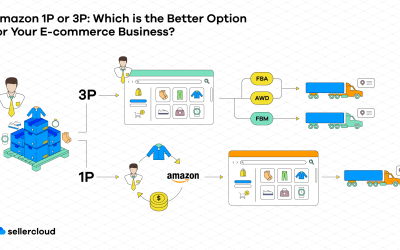 Amazon 1P or 3P: Which is the Better Option for Your E-commerce Business? 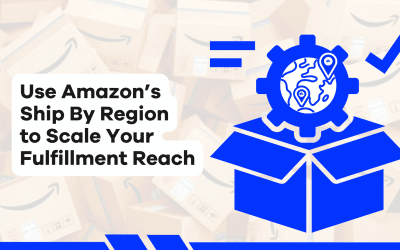 Use Amazon’s Ship By Region to Scale Your Fulfillment Reach 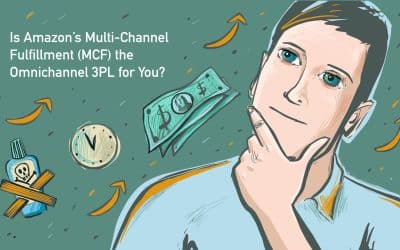 Is Amazon’s Multi-Channel Fulfillment (MCF) the Omnichannel 3PL for You? 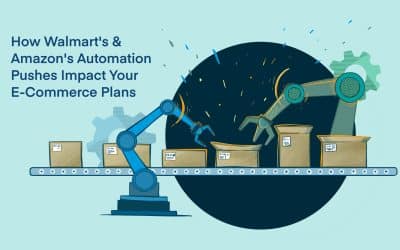